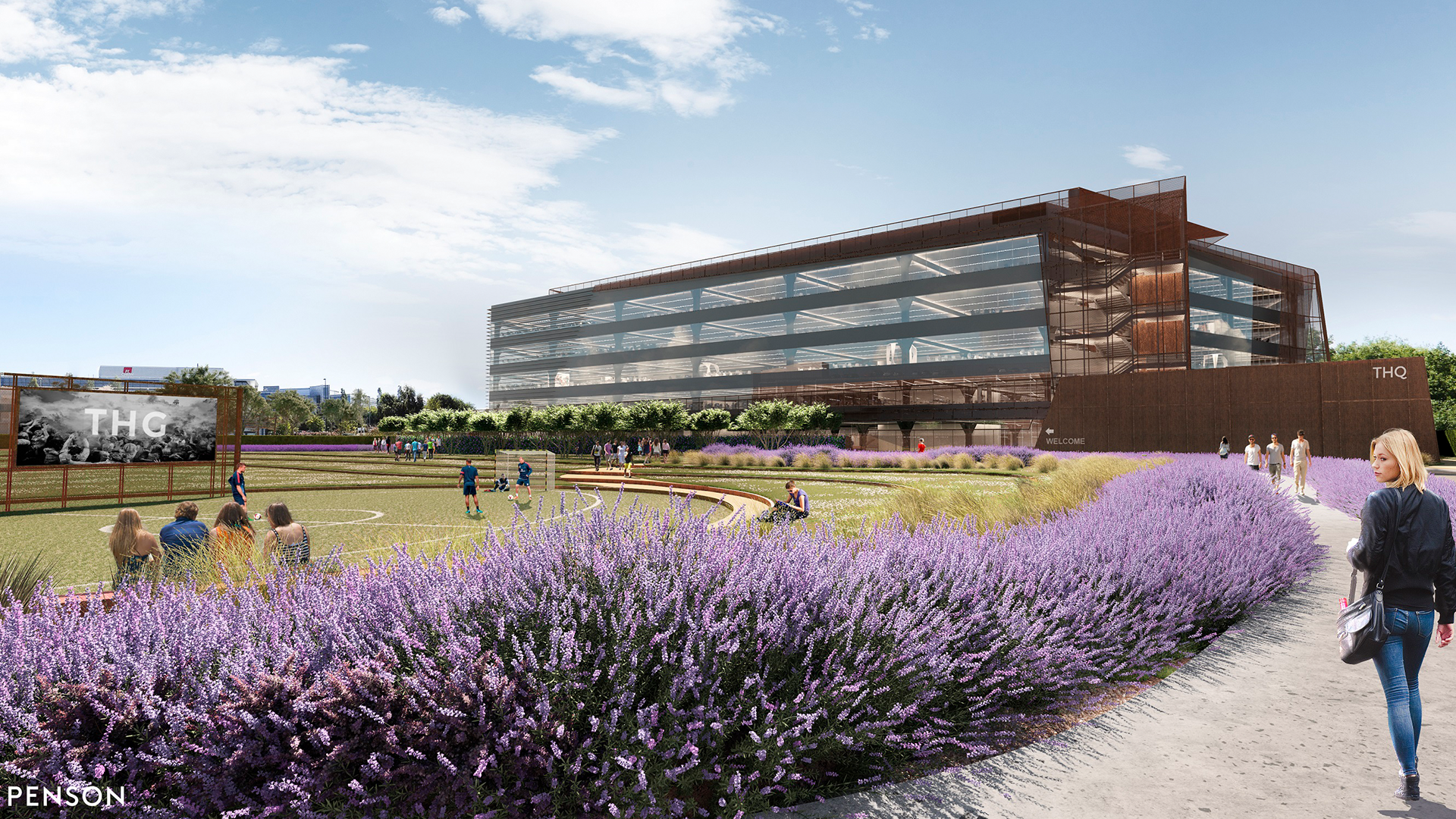 The Hut Group (THG), one of the world’s largest online beauty and wellbeing businesses, has agreed a major deal to develop 1 m sq. ft. of office as well as studio space in the North West, investing over $1bn in the region over the next three years. The development, the largest ever by a Company in the North West, will be made over two sites in the Manchester Airport area.

Adjacent to the UK’s third biggest airport, the largest of the two sites, ‘THQ’, is a new landmark business campus. The site will be built over 16.8 acres in four phases, with phase one comprising office buildings totalling 280,000 sq. ft. An option agreement has been reached between THG and Airport City Manchester for phases two, three and four of the business campus. Ultimately supporting up to 10,000 jobs, the project represents the UK’s largest bespoke office development outside London.

Airport City Manchester’s joint venture partners will act on behalf of THG as the project’s developer, working in partnership with creative executive architect, workplace culture strategist and interior designer, PENSON. A planning application has now been submitted, with construction scheduled to begin in early 2019.

The plans for the interior of THQ have been designed with an integrated approach across the architecture, landscape, interior design, culture and workplace strategy, in order to generate the world’s most enticing and stunning work environment for its talented workforce.

The creation of the campus will mark a significant step in THG’s relationship with Airport City Manchester. THG already has a presence at Airport City after taking 79,000 sq. ft. of office space in the Voyager and 4M buildings earlier this year. In total, THG has c5,000 employees globally, of which c1,000 are currently based at the Manchester Airport offices.

At the second site nearby, THG is building a new development called ICON, the Group’s new content creation studio. Following THG’s acquisition and integration in 2017 of the UK’s leading content studio, Hangar 7, THG has agreed terms to acquire a new facility at Icon Manchester Airport, which will expand the Group’s content production capabilities dramatically. The ICON development, which will be delivered by Icon Industrial, will provide an extra 104,000 sq. ft. of office space over four floors as well as additional content creation facilities totalling 168,000 sq. ft. ICON will house c2,000 people who will be focused on video production and photography, to be used across THG’s digital offering.

THG is a truly global player, with over 70% of Group sales coming from overseas in 2017 and a diverse workforce that represents 66 nationalities. THG’s proprietary technology platform, THG Ingenuity, now operates in 35 languages and 42 currencies, supported by 32 payment options and delivering to 193 territories.

Matthew Moulding, Founder and Chief Executive Officer of The Hut Group, said: “THQ is a landmark development for THG and another important step in our growth story. As we continue to extend our global footprint, it makes sense for us to base our headquarters at Airport City in Manchester, with its global connections and access to talent and supply chains worldwide.

“THQ and ICON cement our position as a significant player and employer in the UK and we look forward to expanding even further from here, attracting and retaining the most innovative and inventive talent from across the globe.”

Charlie Cornish, CEO of MAG and Airport City JV Partner, said: “As a technology-led, e-commerce business with a significant international footprint, THG is the ideal anchor occupier for the first phase of Airport City Manchester, which will bring significant job creation to the region and further emphasise our position as a hub for international commerce.

“We have worked closely with THG to help the company establish its initial presence at Airport City Manchester and will develop our relationship to deliver what will be the largest office development deal outside London for over 20 years. This is a major boost for the delivery of Airport City, where we still have 60 acres of land available to deliver a further 2m sq. ft. of business space.”

Dan Gallagher, Joint Managing Director of Stoford Developments and Icon Industrial JV Partner, said “We are delighted to welcome THG to Icon Manchester Airport. They have recognised that the site is in a key strategic location at the very heart of the Northern Powerhouse and its unrivalled airport connectivity will enable THG to reach its expanding world-wide market.

“This project is the second exciting development on the scheme and the remaining land presents potential occupiers with an excellent opportunity to have a unit built to their specific requirements. The connectivity this site offers occupiers makes it a hugely significant site as an important logistics hub for South Manchester and the North West.”

Sir Richard Leese, Leader of Manchester City Council, said: “This is in every sense a big deal and we are delighted to have an international company of this importance headquartered in Airport City. THG’s arrival provides further impetus for Airport City as a hub for jobs and investment. Today’s announcement is a major vote of confidence in the city.”