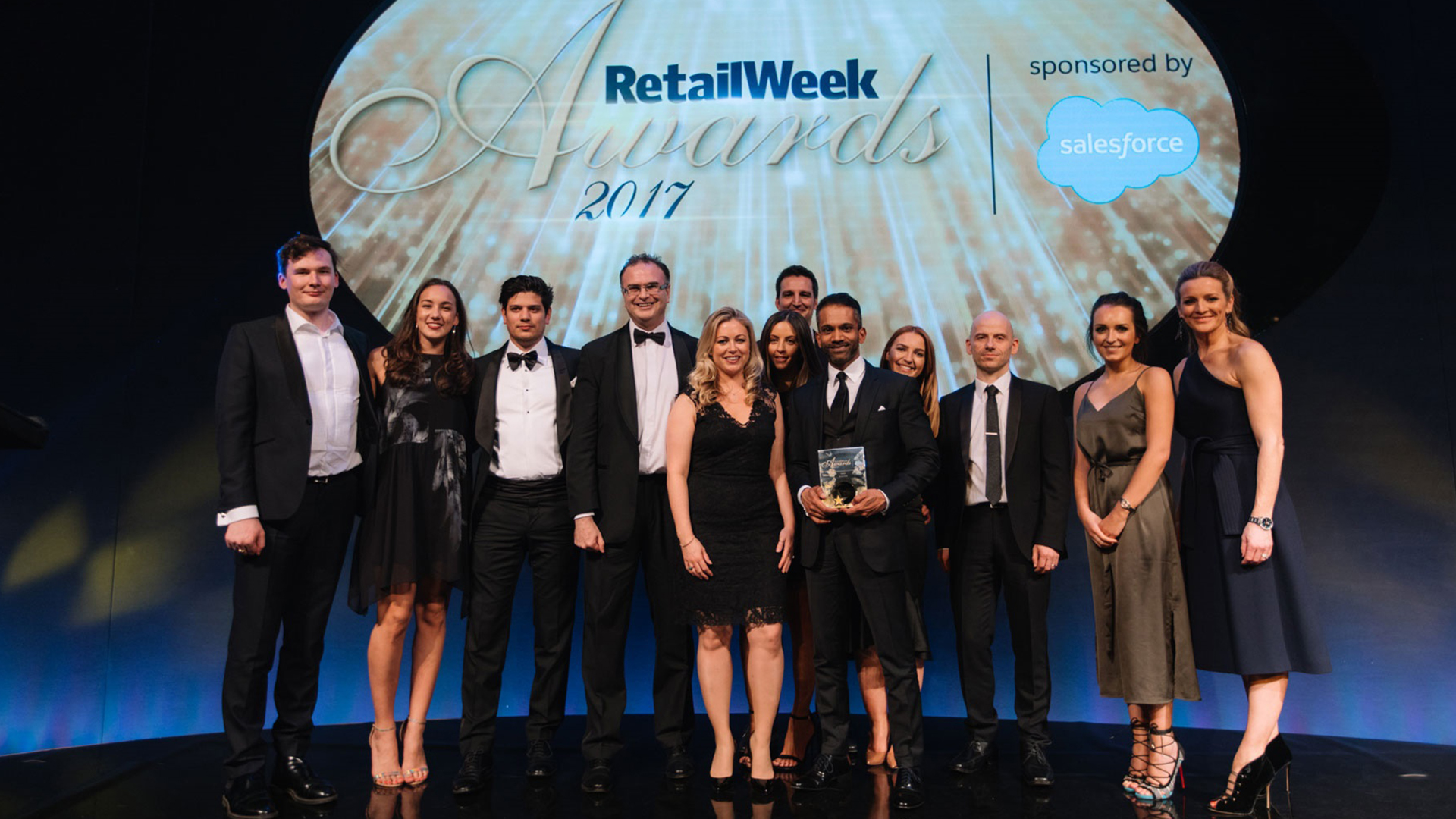 The Hut Group took home the prestigious International Growth Retailer of the Year Award at the Retail Week Awards 2017, read more about the event in the article below, originally published on Retail Week written by Caroline Parry.

“This is a platform where The Hut Group can bolt on to the front end with minimal extra effort and cost. It is well invested, with a good and increasingly strong management team,” said one of the judges.

Technology is at the core of its success and the retailer continued to invest in its platform last year. A team of more than 500 technology and data staff are dedicated to its continued development as an agile and responsive platform.
This investment has supported the group’s ambition to rapidly roll out international sites – 60 were launched during 2016, compared with 22 in 2015.

The flexibility of the platform and the use of shared elements such as the checkout, customer relationship management system and payment methods, means sites can be launched within two days.

The Hut Group’s US acquisition strategy has also been supported by the platform, which can also integrate new businesses.
It added Skinstore, a cosmetics site, and Idealshape, a weight management brand for women, in June and September 2016 respectively.

The Hut Group’s total portfolio now comprises more than 100 websites over 25 health and beauty, wellness, fashion and lifestyle brands, including Myprotein, the world’s leading online sports nutrition brand, orders from which are shipped from the UK and US to more than 78 international destinations.

“It has been very neat tapping into the protein market and becoming the world’s biggest player with a deep-rooted knowledge of that category”. The Hut Group’s Lookfantastic is Europe’s top premium beauty retailer and has delivered impressive growth. Other brands in its stable include fashion specialist Coggles, male grooming website Mankind and entertainment retailer Zavvi.com

One of the judges said: “International has become a massive proportion of The Hut Group’s business in no time at all. It is still growing and I think it has a lot more scale. It has been very neat tapping into the protein market and becoming the world’s biggest player with a deep-rooted knowledge of that category.”

With strong competition in this category, the judges praised The Hut Group’s submission for demonstrating strong results and a compelling proposition with real long-term growth potential.”